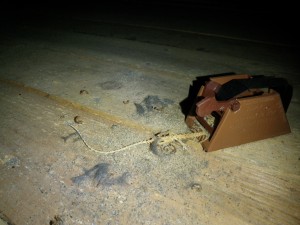 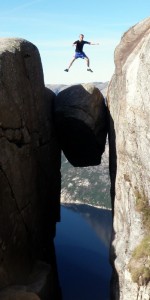 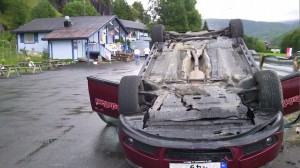 That’s “hesjing” to all you ozzies

Today I had a very pleasent short visit. Every summer holiday for the last 29 years I’ve been busy cutting grass, raking it togheter and either drying it flat on the ground, or ,if the weather’s of the wet kind, putting it up on a hesje.

Every years there are numerous cars/motorhomes that stop beside the road to take the manadatory photos of this traditional way of making hay. What was different with the one that stopped today was that after shooting the pictures, he crossed the road and came over to ask some questions.

This has really just happened once before…a couple of years ago an American professor came up to me. He was visiting Agder University, and a colleague had braught him with to have a look around. The professor was amazed by the labour intensive work. 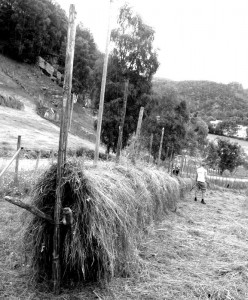 Todays visitor was driving a german registered motorhome. As he was aproaching, I was silently repeating what I had learned during my 4,5 years of german in school. “An, auf, hinter, im, neben, über, unter, vor, zwischen.” Man was I glad to hear the words “do you speak english?”

As it turned out the man was on a 8 week trip in Norway with his german wife. He was curious about the whole process of the “hesjing”. How long did it take from we cut the grass untill we put it up on the strings, how much hay did we get out of it?…

I noticed the good english the man was speaking, and had to ask if he by any chance was british. “I’m Australian” the man said. I am truly sorry! Mistaking an Australian accent for a British one. My only appology is that I am a bit rusty.

But that is what I love about the Ozzy’s. It seemes to be part of their nature…wherever you meet them, they seem to have known you their whole life! Bottom line…I need to go back to Australia! 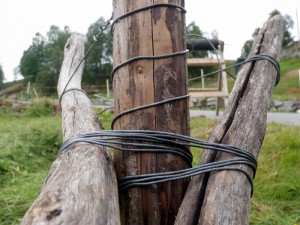 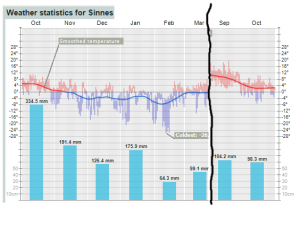